Home » 20 Most Common Poisonous Plants You Should Be Aware of

20 Most Common Poisonous Plants You Should Be Aware of 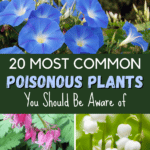 Would you want to eat the berries from your garden? Yes, of course you would. But what if the berries, flowers, or leaves that look like edible, are actually poisonous?

It can be hard telling which plants are toxic and which ones aren’t without knowing more information on them though, so here’s some tips for identifying whether a plant might harm pets in particular.

Keep in mind that the word “poisonous” doesn’t necessarily mean toxic or deadly at every level. Many plants can simply lead to something like a rash on your skin, or digestive issues when consumed by an animal.

Gardeners beware! Here are 20 common garden plants that are poisonous: 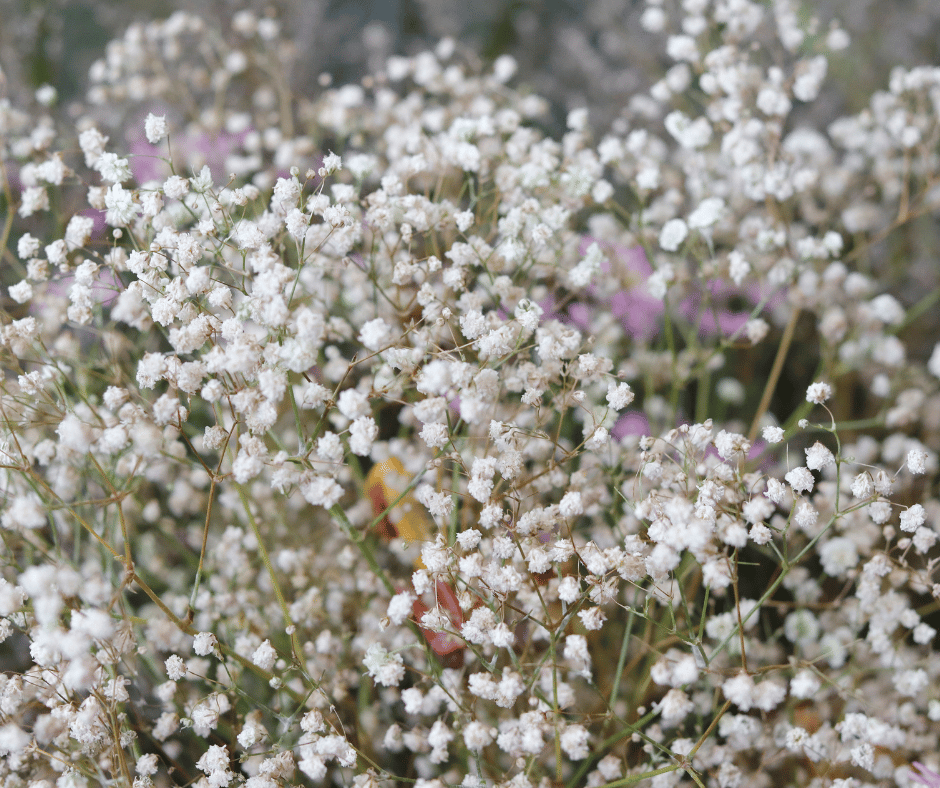 The delicate white petals of this small flower are a lovely addition to any garden, but they should not be used in places where pets such as dogs may roam.

It causes stomach problems and could be dangerous due the tendency for ingestion by animals which is why it’s best suited only for indoor use or areas that do not have access into your backyard. 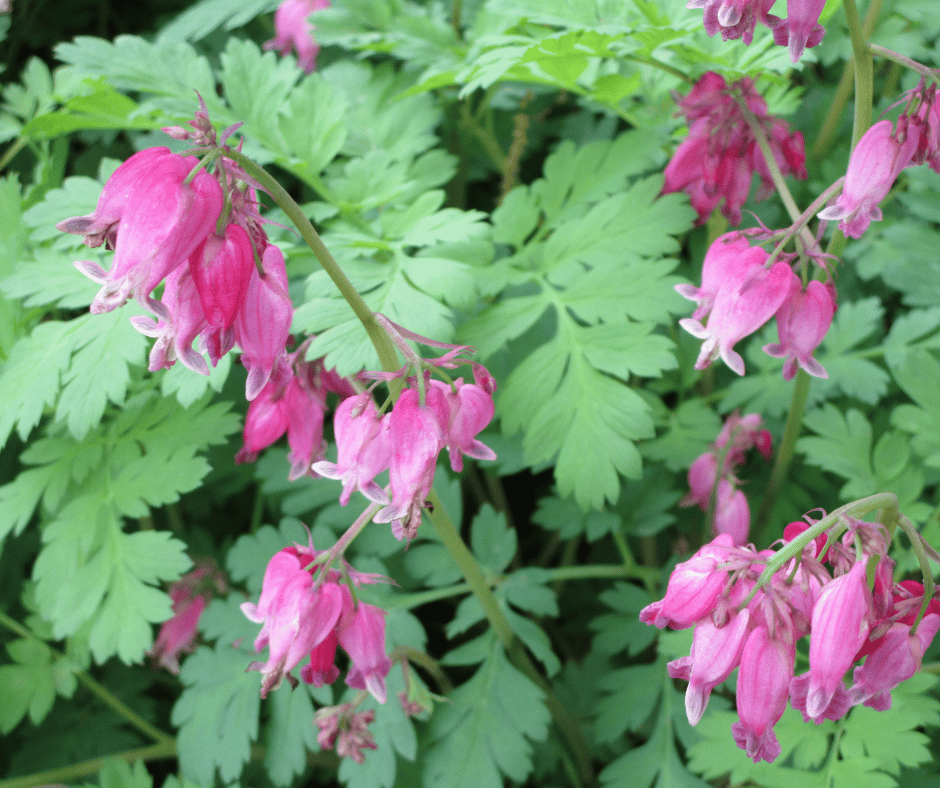 Toxicity from bleeding hearts is rare with humans but it’s a common poisoner to animals, especially dogs.

It contains isoquinoline alkaloids which can be very dangerous for an animal’s liver and may cause seizures or other neurological damage. 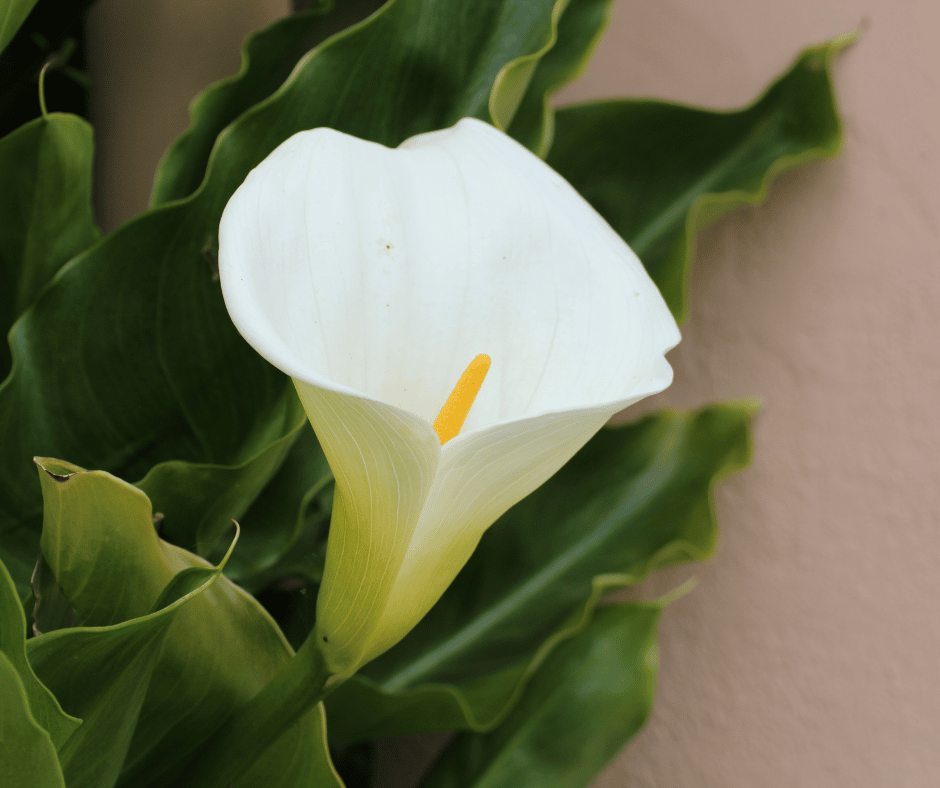 The calla lily is an elegant and beautiful plant that adds a touch of luxury to any garden or home.

However, this beauty comes with one fault in particular- it can be very toxic if ingested by humans or animals! 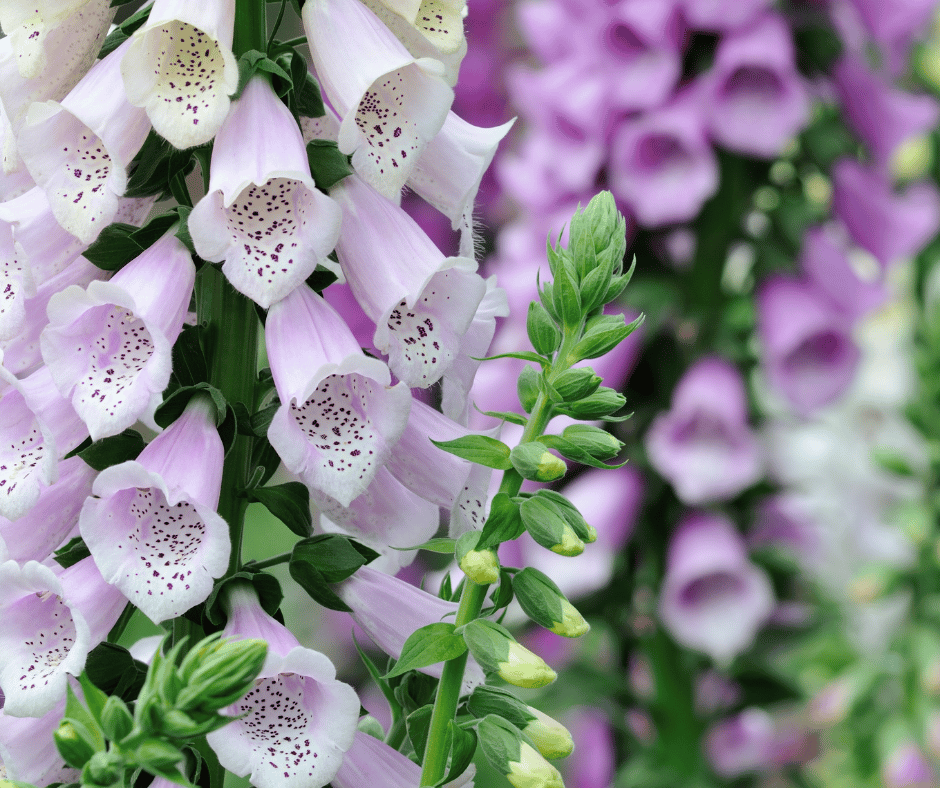 Foxgloves are one of the most beautiful flowers you’ll ever see, and they come in a variety of different colors. They’re true showstoppers biennials that enjoy dry shade to grow well with zone 4-10 climates!

But, be careful if growing them at home; every part of this plant is poisonous including its seeds which can cause burn injuries on skin contact – not safe for small children either. 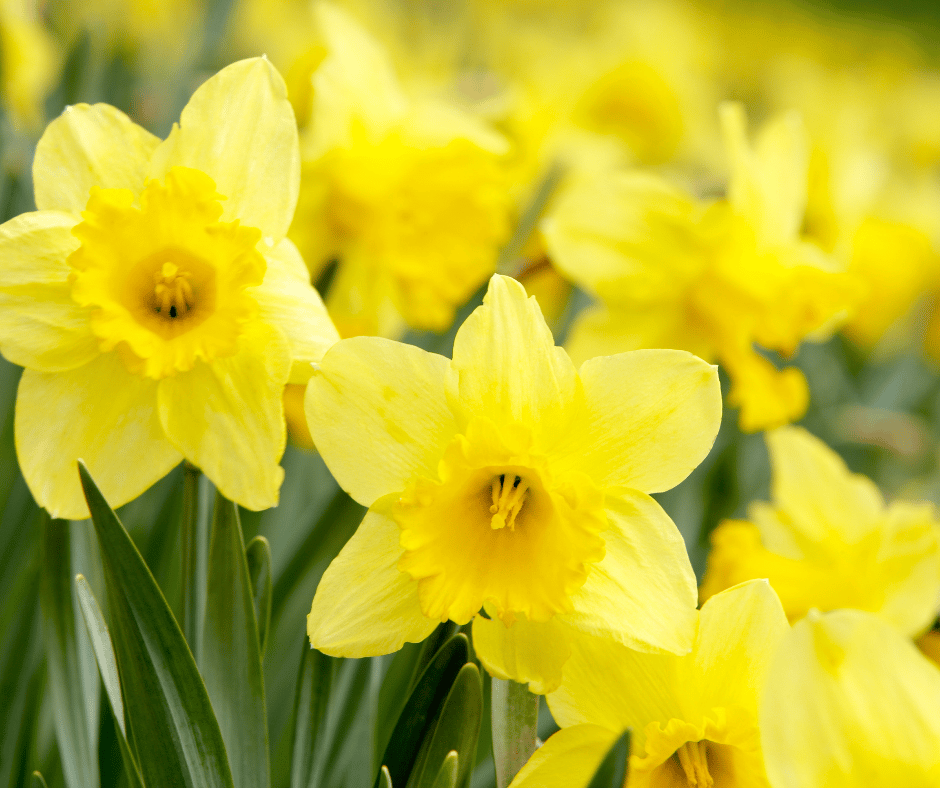 Daffodils are beloved by gardeners for their bright colors and easy-to- grow features. Daffodil bulbs contain both lycorine, which is toxic to pets and humans, and if ingested in large quantities it can lead to stomach problems such as nausea, vomiting, abdominal pain, tremors, salivating convulsion, among others. 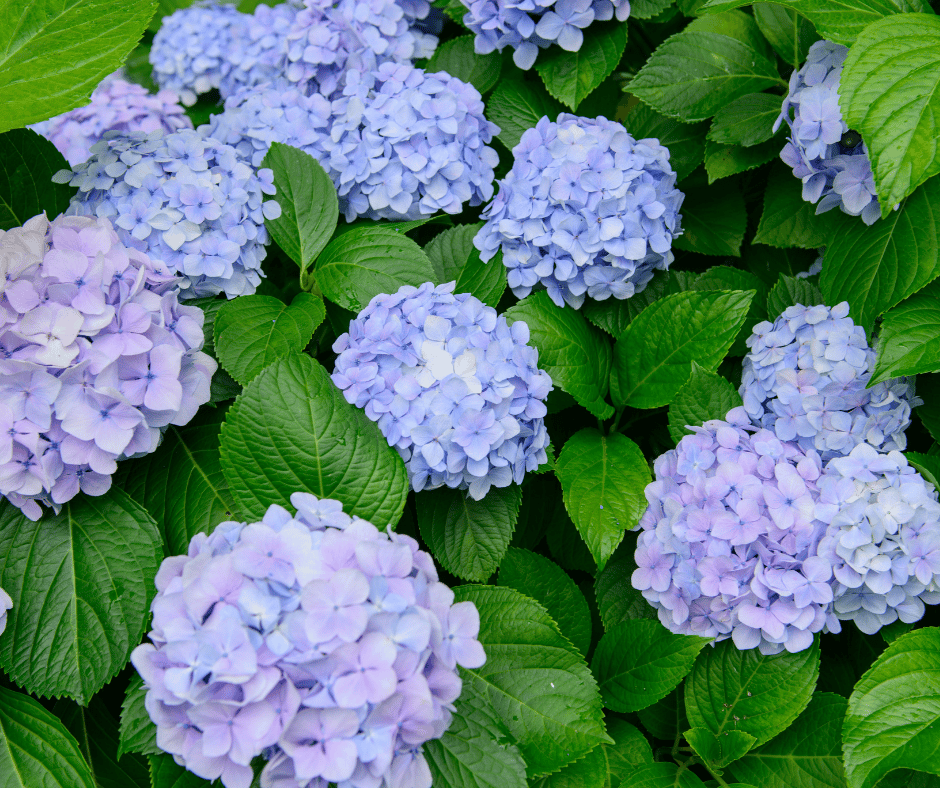 Hydrangeas may be beautiful, but they can also cause pets to become ill. These plants have cyanogenic glycosides which are toxic for dogs and cats as well the nightshade family of plants like potatoes or tomatoes.

The most common symptoms include stomach issues or lethargy after eating leaves from these bushes, even though, the poison from hydrangea is rarely fatal. 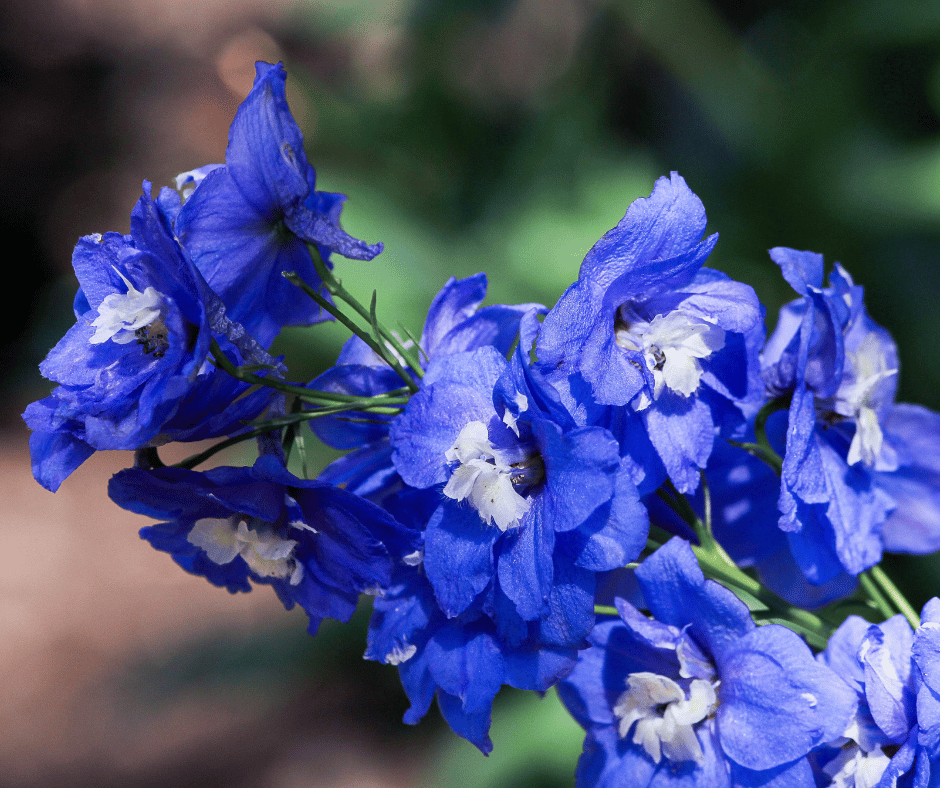 Larkspur is a beautiful flower that has serious ramifications for animals if ingested. It can lead to effects such as paralysis or even death when ingested in large quantities, and it leaves kids touched by the blooms unable-to resist touching them either!

Even mild contact with this plant’s petals will irritate your skin, so keep away from small children who may try picking their favorite flowers.

8. Lily of the Valley 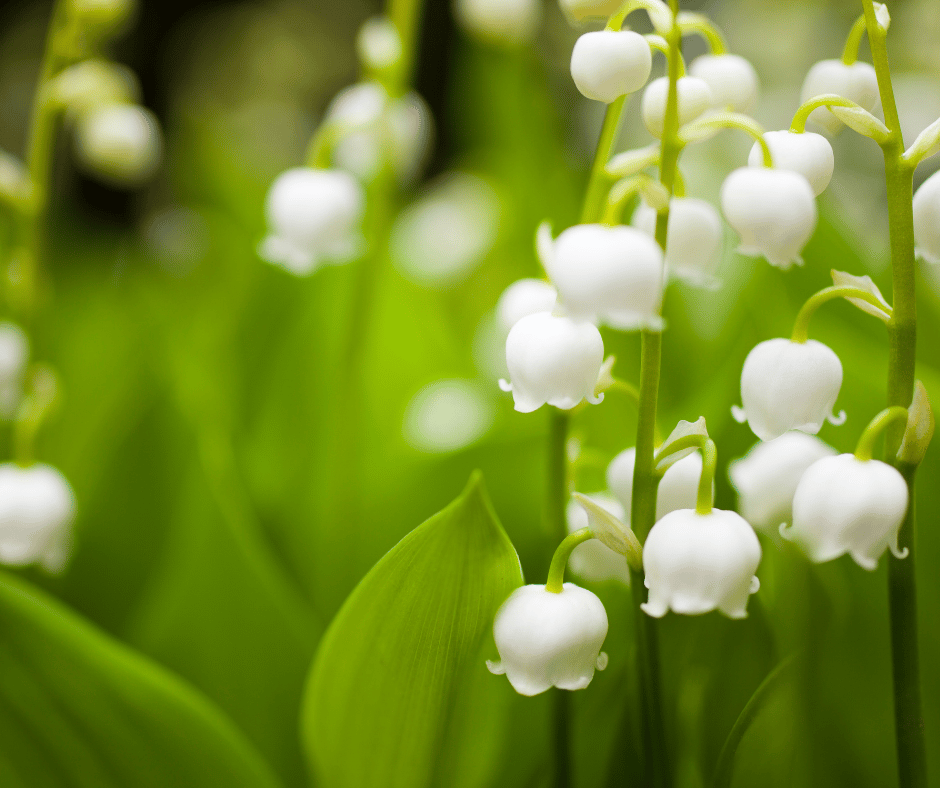 Lily of the Valley is a fascinating plant that can be found growing in abundance across North America. Native to cooler regions, it’s easily adaptable and will grow well even with little sunlight or shade – making lilies an excellent choice for any home garden!

All parts have been noted as having some toxicity which causes animals digestive issues like stomach pain nausea vomiting; children often enjoy its small red berries, but be careful as ingesting the berries can cause the same issues in children as well. 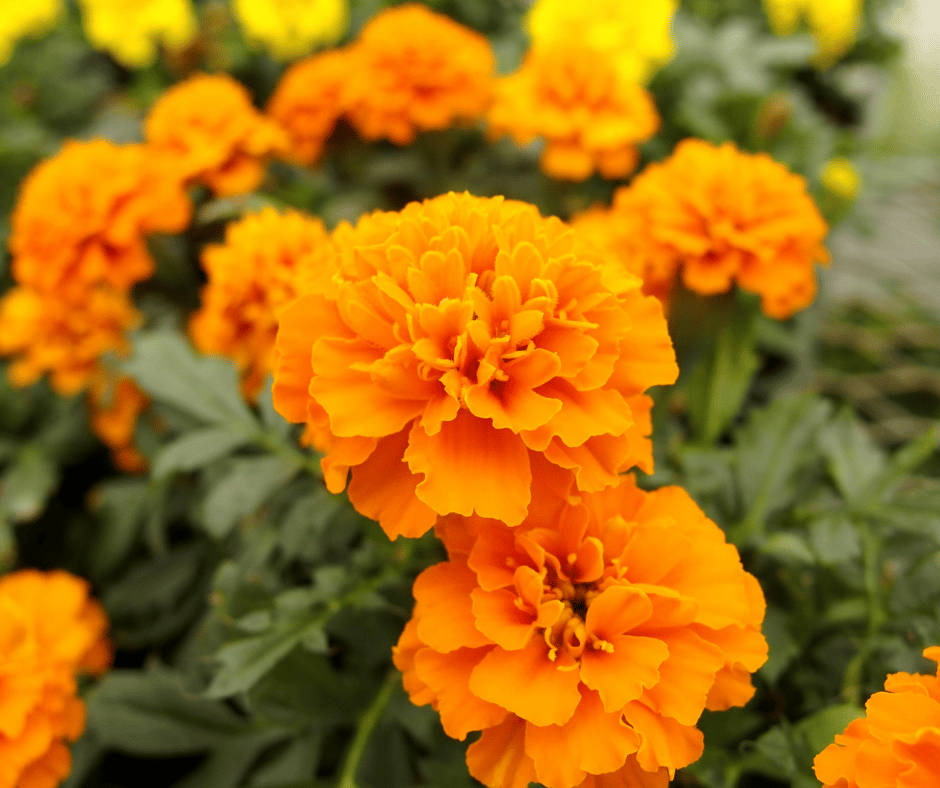 Marigolds are a type of flower that can be found in gardens and around homes. These little yellowish-orange flowers attract animals due to their sap, but when ingested by dogs it becomes highly toxic so they’re used as dog repellants mainly for this reason.

However, marigold plants actually hold attraction with cats – if you happen upon your cat playing amongst the stalks make sure you bathe your cat in soap and water to remove the sap. 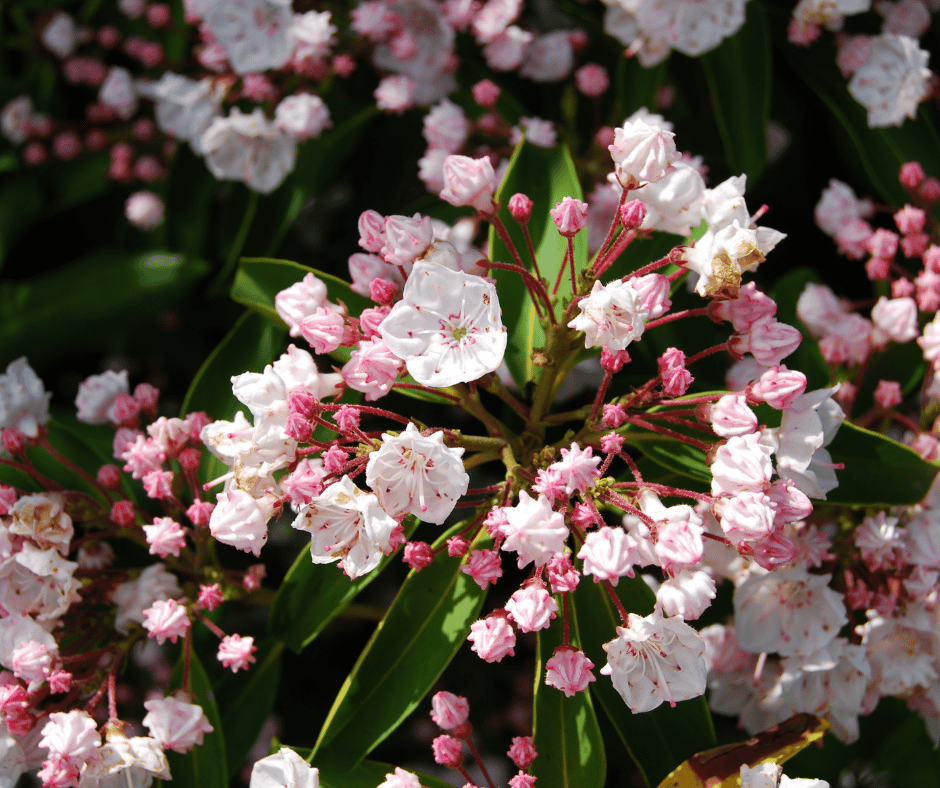 Mountain laurel is a lovely, delicate plant that grows well in hardiness zones 5 through 9. However, it can be deadly if you try to pick up one of these berries without knowing what you are handling!

Even for people who enjoy seeing them on hiking or walking trails – this is a warning to not pick it or eat it as each part of this plant is poisonous. 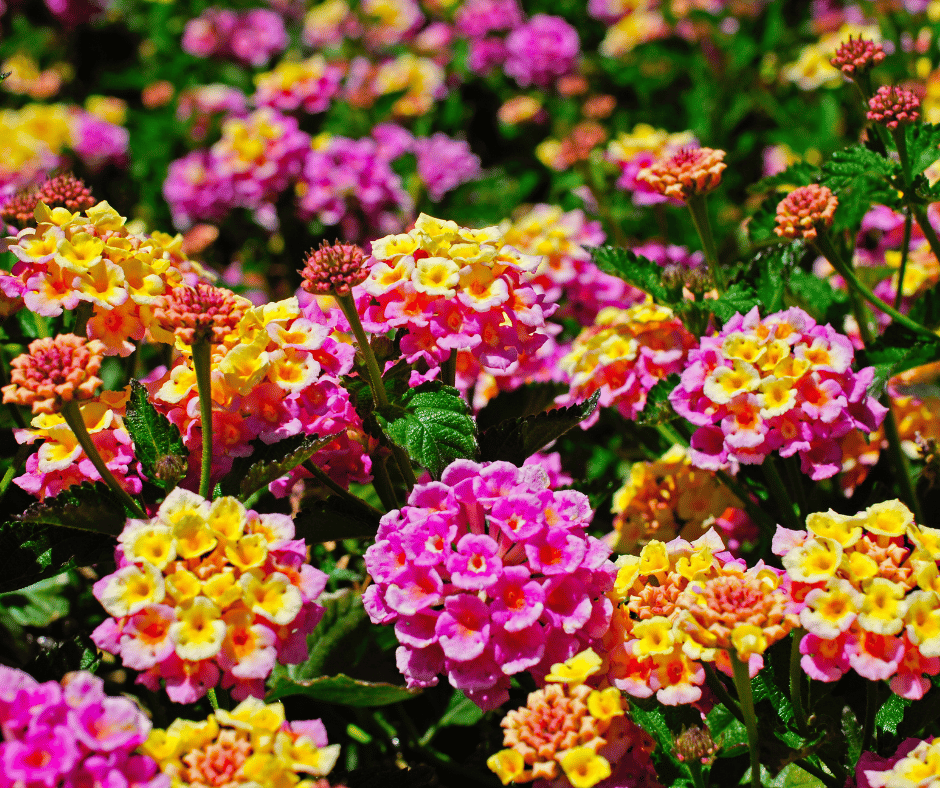 This plant is enjoyed for its small clusters of bright-colored flowers that typically bloom in shades of yellow, orange and red. When ingested by humans or animals alike it can cause digestive problems as well depression, or it might even lead to liver failure if consumed in large quantities.

Farm animals like horses sheep etc., most commonly get poisoned from consuming these blooms so do birds who don’t seem bothered at all after eating them! 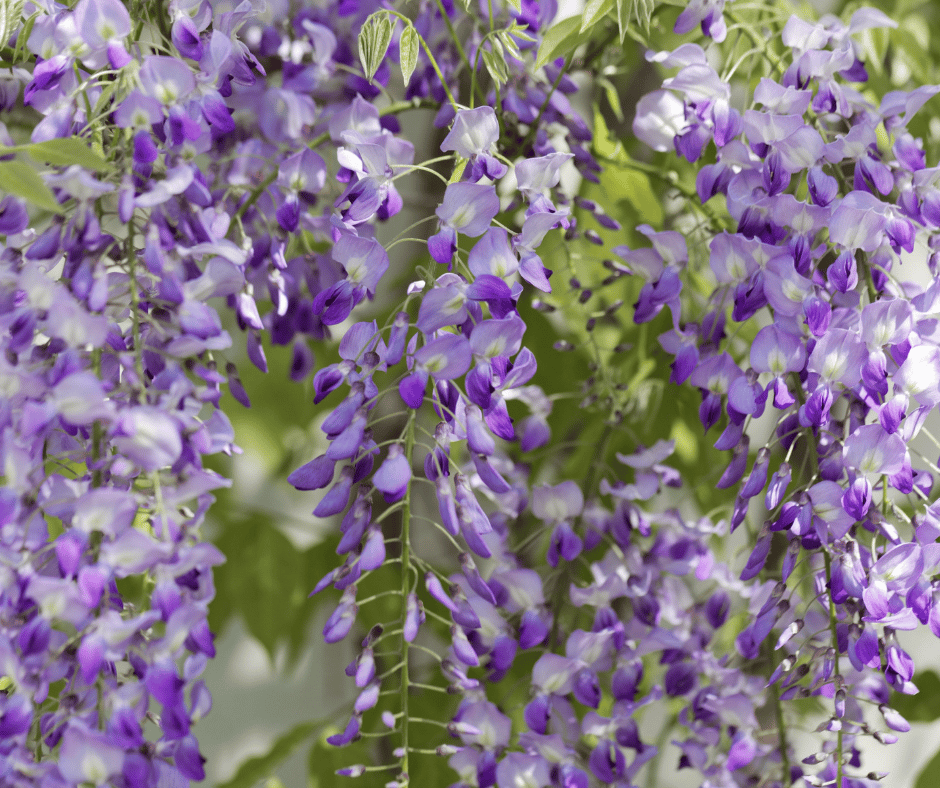 The distinctive lavender color of this flower is the first thing that catches your eye, but it’s also worth taking time to explore its other features.

The seed pods have a high rate of  toxicity and all parts may cause dizziness which can lead to more serious effects such as nausea or confusion among others.

Castor oil has been used for many homeopathic remedies, including relieving constipation and helping to induce labor.

The castor bean contains ricin which can cause tremors; dehydration; toxicity in animals (especially beavers); it’s best not risk consuming this plant if you own one at all! 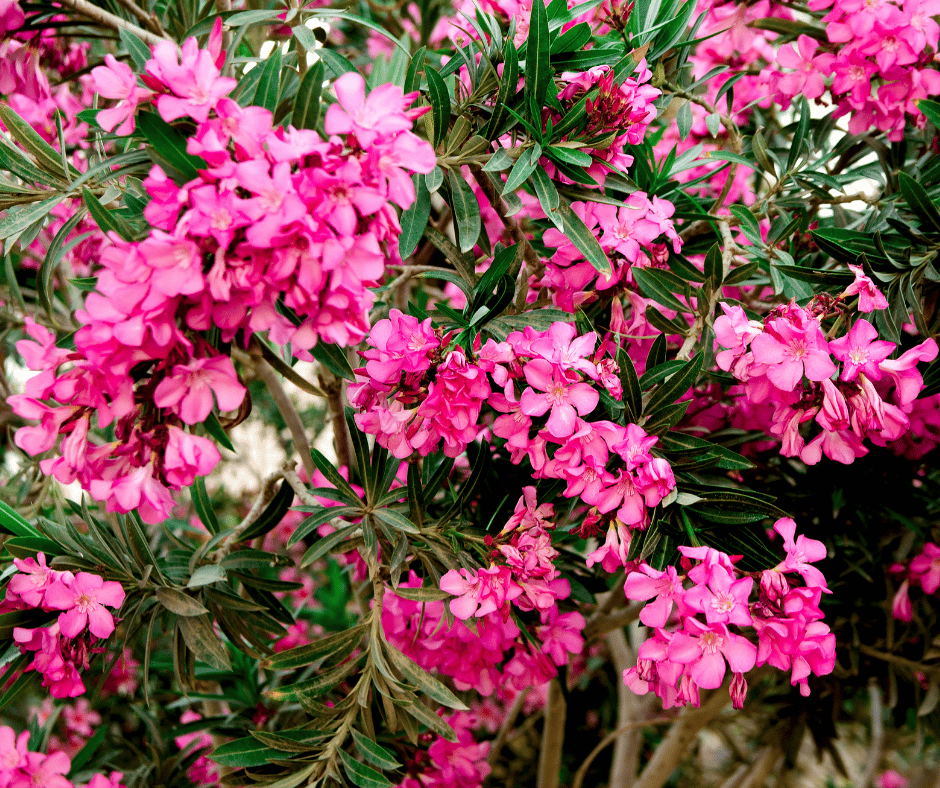 These pretty, light pink flowers are highly poisonous. Even a small touch of this plant can cause skin irritation that may worsen to dermatitis and ingestion can have serious consequences for your health if you eat even just one blossom! These include cardiac episodes which could become as serious as heart attacks. 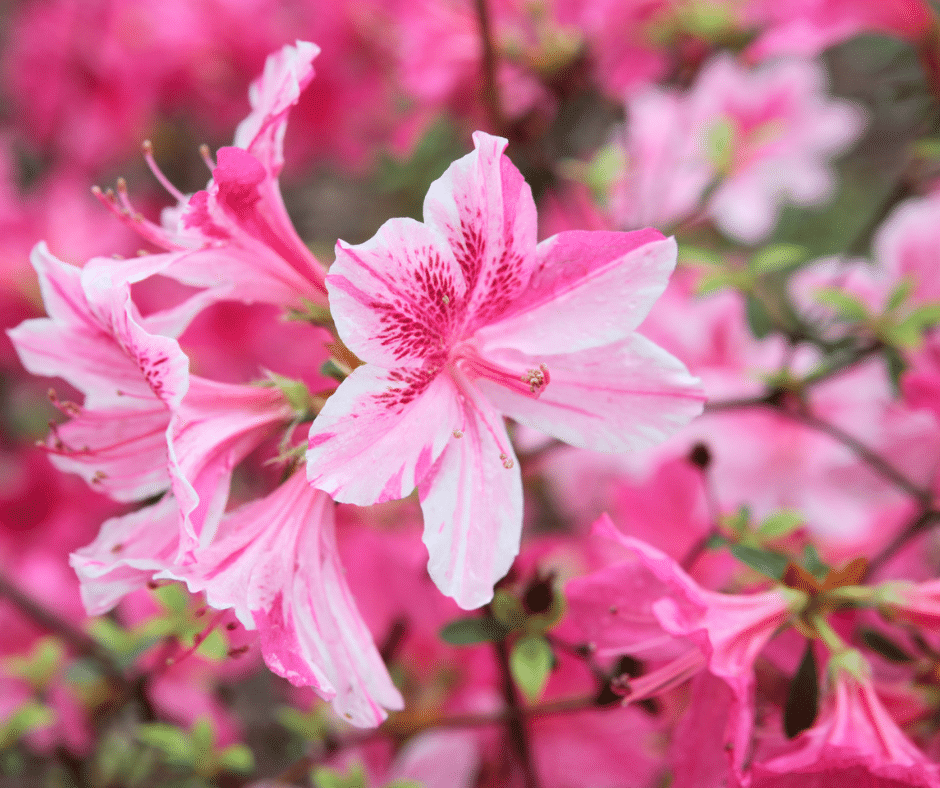 These exceptionally stunning spring bloomers contain a toxic substance that will kill dogs and cats if they eat it.

Ingestion hinders the day-to-day function of muscle functions in both humans, as well as animals’ nerves – which can lead to certain paralysis! 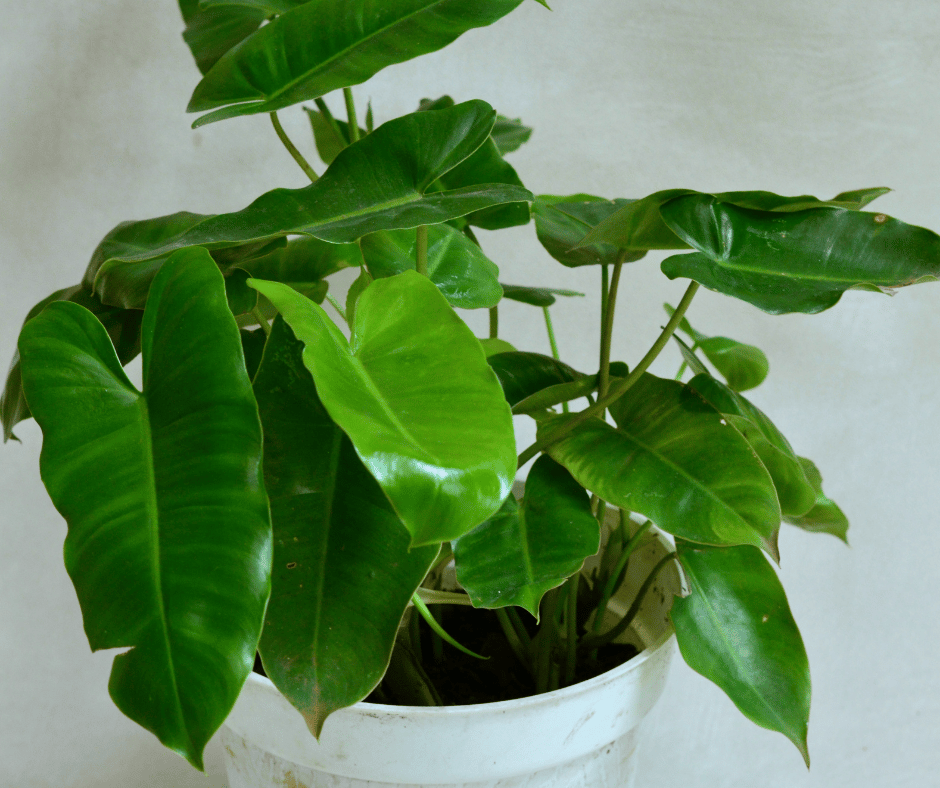 It’s important to know that eating any part of the philodendron plant may lead to digestive issues and burning in your throat.

Ingesting even small amounts can be potentially fatal for dogs, so visit a vet immediately if you suspect something has been ingested! 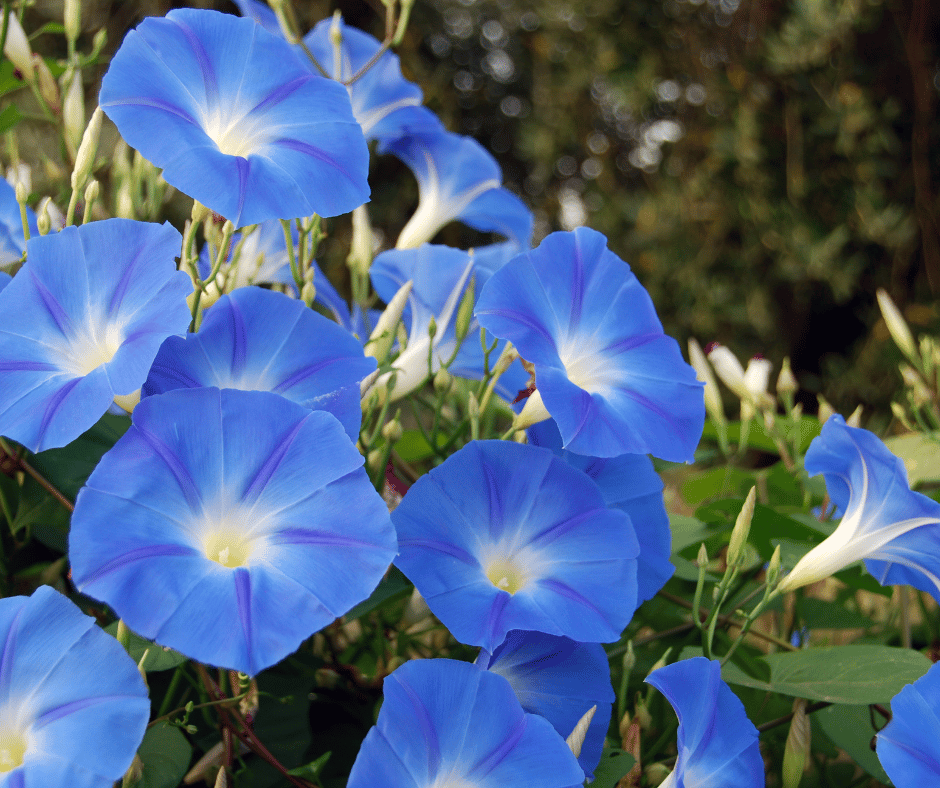 These stunning, trumpet-shaped blooms are treasured for their shades of purple and pink with a hint blue.

The ingestion has no major dangers associated to it but the seeds can be poisonous if consumed in large quantities due its chemical properties which have similar hallucinogenic effects as LSD. 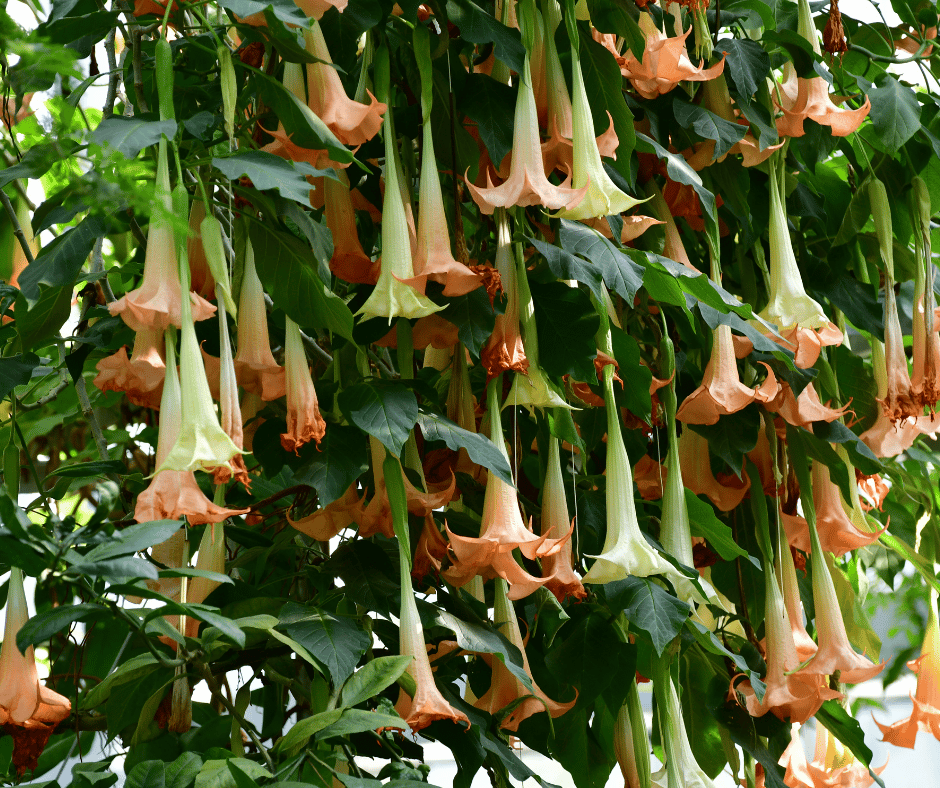 These lovely flowers are considered poisonous in every part of the plant. They contain several alkaloids, including hyoscyamine, scopolamine and atropine; side effects include memory loss hallucinations tremors paralysis, which can even be fatal!

These shouldn’t be grown near children or pets, due to their toxicity so please keep them away from your child’s play area if you don’t want this to happen. 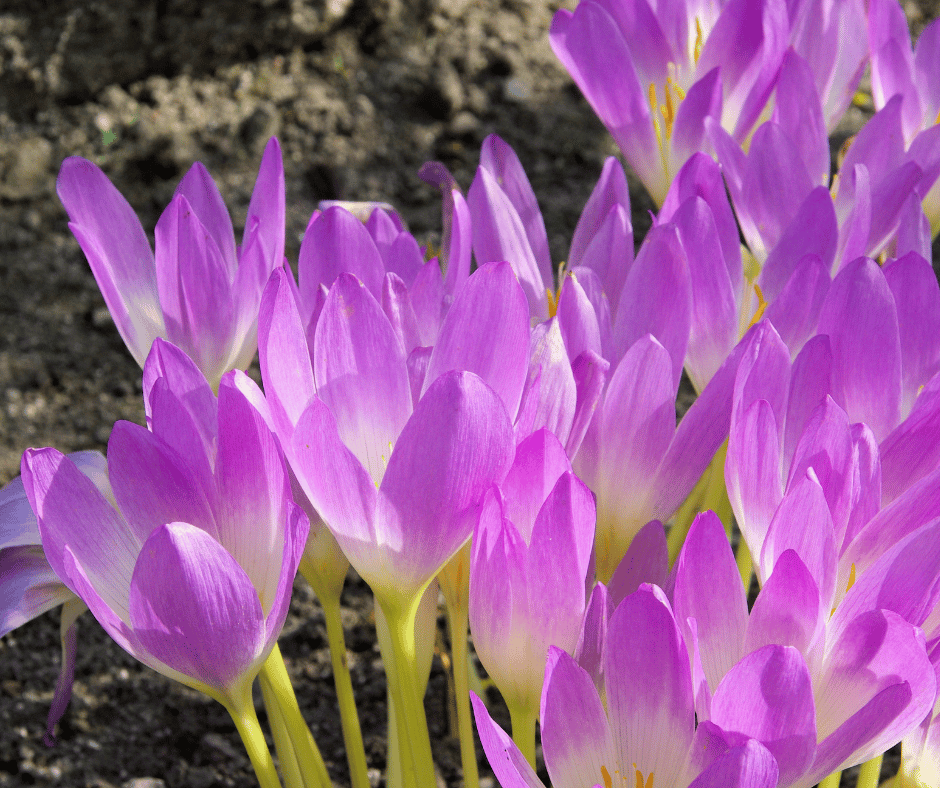 The lily family is one of the most beautiful and popular flowers in the world, but these flowers also have some really dangerous secretions.

When ingested by animals or humans they can cause vomiting, blood complications with your stomach lining, as well as kidney damage, which could lead to more serious issues like tremors and seizures, or even death. Keep them away from animals and children! 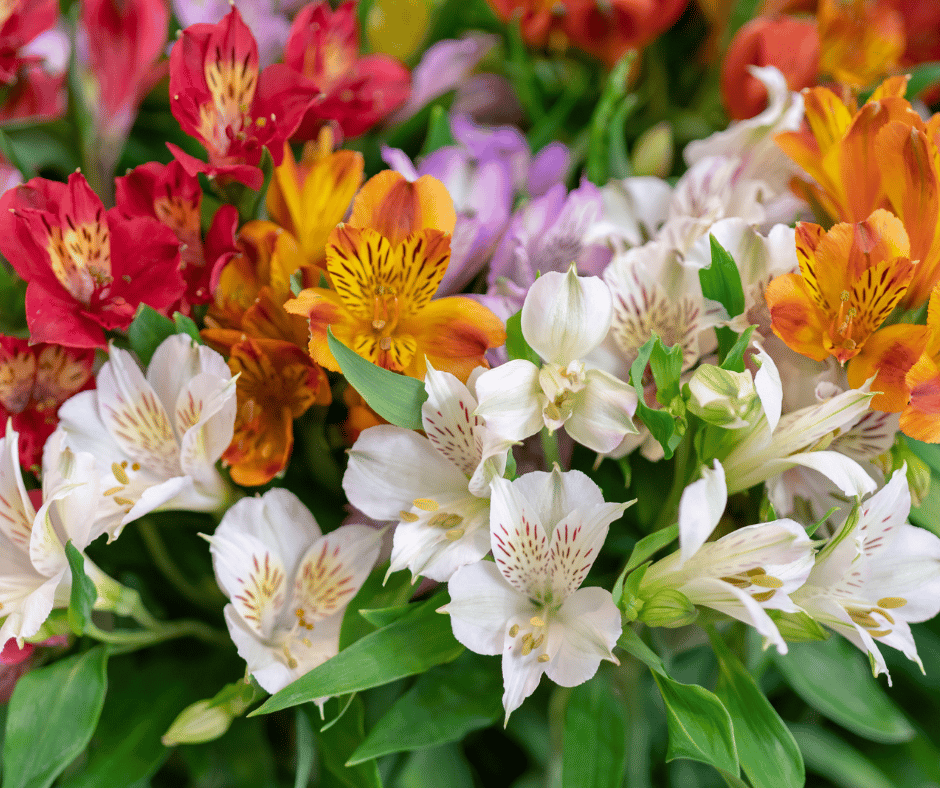 These charming flowers are a joy to watch as they bloom. The delicate petals contain freckles on the tops of each one, and it’s not long before you notice them for what they really mean; if ingested by your dog or cat this flower could lead him into some serious problems!